With over 12 years of experience in the construction industry, Jason Arthur and his team have what it takes to provide you with a new, beautiful home or business. 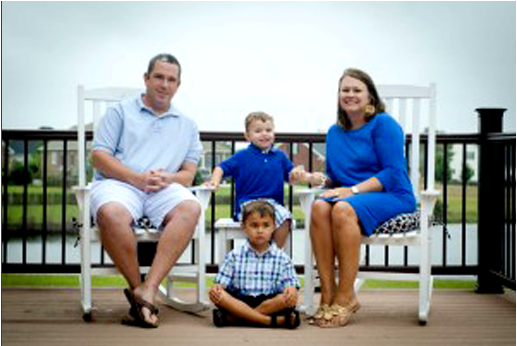 The majority of his 12 years of construction experience has come from working with one of the nation’s largest homebuilders, Drees Homes, and one of the largest commercial contractors in the southeast, Precision Walls. Working his way up the ladder from assistant superintendent, to superintendent, to project manager, Jason has learned to be productive in scheduling and estimating, as well as job site productivity and quality control. Now Jason is President of one of the leading North Carolina construction companies.

Jason’s family includes his wife Sarah, son’s Jack and Will, and black lab Belle. In his spare time he enjoys taking trips with his family and fishing the waters of Eastern North Carolina.

GET A FREE QUOTE

WHY WORK WITH JASON ARTHUR CONSTRUCTION

Jason Arthur Construction has the experience that you can trust. Our president has worked with many respectable building contractors and knows the ins and outs of residential and commercial construction. Our team, as well, is reputable for the dedicated service we give to every project. We know you will pleased with your end result from one of the best-qualified teams in the industry.

We are also award-winning home builders in North Carolina. We have received multiple awards in the Craven & Pamlico County Parade of Homes, including First Place in 2010 for Category 4 and 5 and First Place in 2011 for Category 4, Best In Show and the People’s Choice Award. The same care and attention we gave to these projects will equally be given to yours.

Our team is the main reason that we are so highly regarded in our industry. We work together on each project to make sure every aspect of the job is done correctly and with the highest quality. When it comes to fine design and beautiful craftsmanship, there are few teams as skilled and qualified as our team of New Bern home builders.